The Washington Post: "Countries around the world are trying to get their greenhouse gas emissions under control — to see them inch down, percentage point by percentage point, from where they stood earlier in the century. If everybody gets on board, and shaves off enough of those percentage points, we just might be able to get on a trajectory to keep the world from warming more than 2 degrees Celsius above the temperature where it stood prior to industrialization.

But if a new study is correct, there’s a big problem: There might be more greenhouse gases going into the atmosphere than we thought. That would mean an even larger need to cut."
at 4:13 PM

EurActiv.com: "The free-train-ticket antidote against the political malaise affecting Europeans is widely supported inside Parliament by MEPs from the main political groups – including the centre-right European People’s Party (EPP), the Socialists and Democrats (S&D), the Greens and the Liberals (ALDE).

“I am convinced that the 18th birthday InterRail pass for Europe could become a true lighthouse project for the development of a common European identity in diversity,” said EPP group leader Manfred Weber, who champions the initiative with other MEPs.

Weber, a German Conservative who became an enthusiastic backer of the scheme after he used it to travel around Europe with his cousin, flagged the idea during the State of the Union debate in September."
at 10:53 PM

David Carr: Me and my bus pass - good, free public transport for all

CommonSpace: "With free travel, I can take part in Glasgow’s economic, social, cultural and political life. It connects me to the rest of the city. I can also travel to Edinburgh and use their buses. The municipally run Lothian Buses contrasts with First Bus's clapped out service.

If free public transport is good for me, why wouldn't it be for all? Many cities worldwide provide this service, including in Europe, Brazil, the United States, China and Israel. "
at 10:29 PM

Do we really save money by forcing old people to drive?

Luxemburger Wort: "To mark World Older Persons Day, the OGBL demands that Senior travel cards be made free, suggesting that this will not only encourage more people to use public transport but could be beneficial to the environment."
at 9:55 PM

Car culture forces people to drive. Let's break the hold of the car on society. 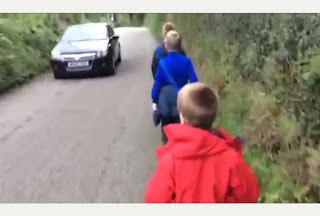 Plymouth Herald: ""I'll have to walk them to Bodriggy school, which isn't far, but Florence is not the fastest walker. It's going to take 35 minutes and I can't leave Michael at home on his own to catch the taxi as he's only nine years old, so the girls are going to be late every day.

"I am a single parent and I don't drive. I don't have anyone else to help but I am doing my best. I am learning to drive at the moment and once I can drive I am quite happy to take them to school myself.""
at 5:09 AM

What would fare-free public transport do for your life? 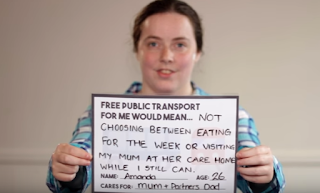 Glasgow Live: "She explained: “We use public transport almost every day. The cost is really high and that’s a big ask for carers, who often face poverty and isolation.”"
at 4:27 AM